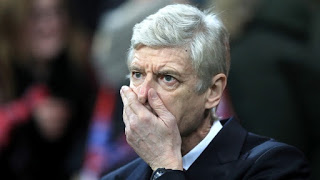 Arsenal Football Club has been brutally beaten by German side, Bayern Munich today.
Despite being level at half-time, Arsenal conceded three goals in ten second-half minutes to a rampant Bayern Munich in Germany.
Alexis Sanchez had pulled Arsenal level just before half-time – putting in the rebound after Manuel Neuer saved the Chilean’s penalty – but the German hosts were rampant after the break. 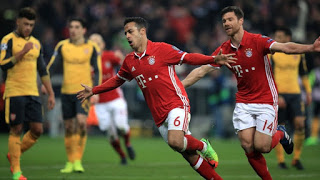 Laurent Koscielny was forced off with an injury in the first few minutes of the second-half and Bayern took full advantage through a Robert Lewandowski header and a Thiago double – all three goals coming in just ten minutes. 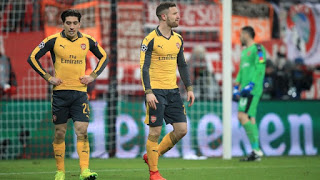 Arjen Robben had put Bayern ahead early on with a signature long-range strike – cutting in from the right onto his strong left-side with ease and firing into the top left-hand corner.
Thomas Muller came off the bench to add the fifth goal.
Follow us on Instagram @sofovilla | Follow us on Twitter @sofovilla | Like our page on Facebook via @sofovillamedia