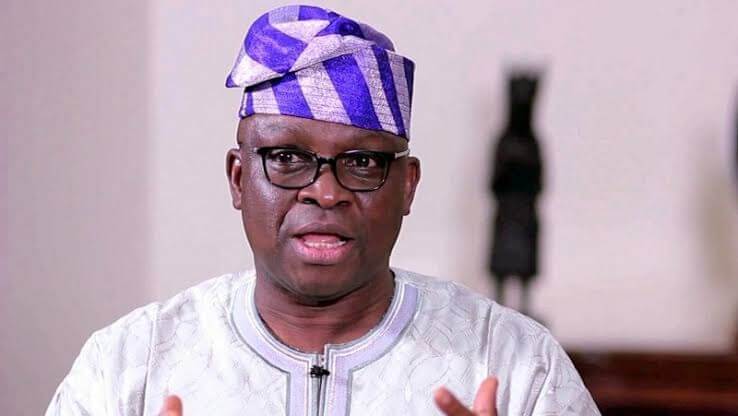 The governor spoke on a live programme tagged, ‘Meet Your Governor’
aired on the state-owned Ekiti Television and Radio Stations on
Saturday.

Fayose, while praying for sound health for the president, said his
desire for a better Nigeria accounted for why he had been criticising
the Federal Government when things were not done the right way.

‎He explained that he had stopped criticising the president since he
travelled abroad for medical attention because anyone could fall sick
and the president should be allowed to enjoy his rest.

“I don’t have any problem with the president; the only problem I have is
with his handlers. They will say something today and say another
tomorrow. Anybody can fall sick.
“I have not been criticising the
president because he is sick. When he comes back and he is not doing the
right thing, we will continue to criticise him,” he said.

Describing the visits by some All Progressives Congress chieftains to
the president as a make-belief and too much of eye service, Fayose said
it would not have been necessary if the people knew the truth from the
onset.

“It is God that gives power to whoever He wills. As humans, we can fall sick. But people should allow him to rest.
“Some people are visiting him to convince people that he is well; that is a make-belief and too much of eye-service.”