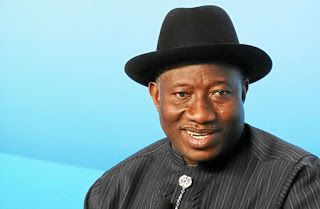 While receiving a delegation of the PDP Strategy Review and Inter-party Committee, which visited him at his private residence in Abuja, ex-President, Goodluck Jonathan advocated for the strengthening of institutions in the country, while responding to a complaint over the independence of the Independent National Electoral Commission  under this administration by his visitors.
Jonathan said, “I am among the persons who believe that for a nation to grow, the institutions must be very strong, just like you mentioned about INEC. There is no way a nation will grow with weak institutions because everything about politics is about the people, not about the individuals.“And as long you are interested in the people, you are interested in the growth of the society, the development of the nation, the only thing that will make the impossible possible is  that  the institutions must be strong.“You see, as powerful as America is, look at President Donald Trump’s decision and the court say no, you can’t do this and of course they have to shoot it down to move forward. That is the strength of an institution. That is the only way individuals could be regulated so that you can grow.”On the fate of PDP ahead of the 2019 elections, he said. “The PDP is still the biggest and the strongest party. Irrespective of what happened in the 2015 general elections. Yes, we lost the presidential election but that doesn’t diminish us. Every other party still knows that the PDP is a leading party.“Losing the Presidency is something temporary. We should be able to get that position back as long as we are able to get our act together. I am happy that you people are working towards that.”