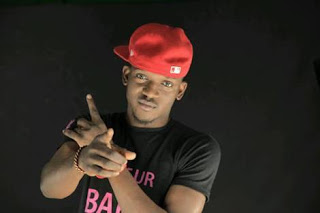 It is a known fact that many entertainers delay getting married because they believe their fans of the opposite sex would reduce once they do.
Kennis Music artiste, Joel Amadi, clearly holds that thought as well. In a chat with Sunday Scoop, he said, “I am not getting married anytime soon, but I know I will definitely do that at the right time and with the right person. It is true that marriage reduces an artiste’s female fans, and I have even had such an experience in the past. For instance, I used to enjoy watching a programme called Clinic Matters, but I stopped watching it after Lilian Esoro, who is one of the actresses in it, got married to Ubi Franklin. If that could happen to me, then it must have happened to so many people as well.”

However, the Hold On singer refuted claims that he has babies from five different women. He said, “I don’t have any children ; I’m not a baby father and I have never impregnated any woman.”

Speaking in retrospect about his striking resemblance to 2face, he said, “My resemblance with 2face has been a blessing, though it was more of a burden before. A lot of people had some negative impressions that I was trying to sound like 2face, and some even said Kennis Music signed me to replace 2face. But I was the one who walked up to Kennis Music and asked them for a record label, and they never even mentioned 2face. However, it has been a blessing because 2face is a good name. If 2face was a bad artiste, it would have affected me more negatively. For every step forward 2face takes, I also move further. Besides, I am talented in my own right. Our voices may be similar, but the patterns are different. I don’t think 2face has ever sang songs like Oya Now, Gbemisoke, Ileke, among others.”

Admitting that the recession has affected him, he said, “This recession has reduced the number of shows we attend; even the fees that I get paid has depreciated. Meanwhile, things generally are more expensive to buy because of the inflation; so it’s quite tough but we thank God that we’re still alive.”

Joel also hinted that he is working on his second album at the moment, and will feature artistes like Olamide, Timaya, Seyi Shay and 2face, among others.