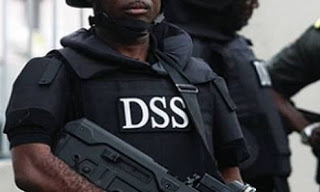 The State Security Services, SSS, said it arrested a Boko Haram kingpin, Adenoyi Abdulsalam, in Ado Ekiti, Ekiti State on March 20.
In a statement by a Tony Opuiyo, the SSS said that an Ak-47 rifle was recovered from the suspect who is currently undergoing investigation.Mr. Opuiyo added that the suspect was in the final stage of kidnapping some high-level targets in Ekiti to raise funds and terrorise communities in the state.He said that the suspect was arrested by a joint military and DSS operation team. Mr. Opuiyo said that a Boko Haram suspect, Usman Rawa, 29, was also arrested in Lafia, Nasarawa State, on March 17.He said that Mr. Rawa rented an accommodation in Lafia for one Abdullahi Isa, who was known for his notorious terrorist activities.“His plan is to establish an effective base to conduct terrorism, kidnapping and robbery operations in Abuja, Minna, and other adjoining states,” he said.

Nigeria Tops The Chat Of Skin Bleaching Case In Africa