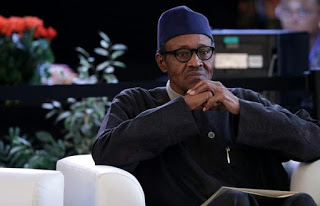 An advocacy group, Concerned Nigerians, has given Nigeria’s President Muhammadu Buhari a two weeks ultimatum to return to Nigeria and resume his office as the President as well as continue the mandate given to him by Nigerians during the 2015 elections failure of which it would storm the streets of Nigeria on peaceful protest.
In a statement signed by its convener, Prince Deji Adeyanju and made available to newsmen on Saturday, the group alleged that although President Buhari handed-over presidential powers to his vice and now Acting President Yemi Osinbajo, he still on two occasions performed two Presidential functions even while abroad on medical vacation, a development the group said constitutes a constitutional dilemma.The group however said President Buhari must return to Nigeria since even the circumstances surrounding his actual health status have been kept secret from Nigerians who ought to know the situation concerning their president.“Today – March 4th, 2017 marks 45 days of President Muhammadu Buhari’s absence from his office as President of the Federal Republic of Nigeria and from the country as a whole on a medical vacation in the United Kingdom.”“During this period, he has not made any public appearances and has only clandestinely “communicated” with very few people. Furthermore, details of President Buhari’s health status have been kept away from the generality of Nigerians while his media team and other members of his cabinet/party make conflicting comments regarding his health.”“We acknowledge that during this period, President Buhari has satisfied constitutional requirements by transmitting letters to the National Assembly handing power over to his Vice President, Professor Yemi Osinbajo, on an acting capacity.”“However, during this period, President Buhari has created a constitutional dilemma by carrying out official functions. On February 13, 2018 in a capacity as President of Nigeria, he spoke to President Donald Trump of the United States with respect to bilateral relations between the two countries.”“On Thursday March 2nd, 2017 again in a capacity as President of Nigeria President Buhari spoke to the King of Morocco with respect to bilateral relations between the two countries as well as Morocco’s application to become a member of the Economic Community of West African States (ECOWAS).”“These actions, as well as President Buhari’s continued vacation, constitute a constitutional dilemma capable of destabilising the country. President Buhari’s insistence on performing the functions of President after having transmitted power to Ag. President Osinbajo in effect creates de-facto and de-jure, which does not bode well for the country.”“To this end, we urge President Buhari to return to the country on or before the 60th day after which he left the country (15 days from today) failing which we will begin a series of peaceful processions across the country aimed at sensitizing the public as to the legal & constitutional dilemma created by President Buhari’s continued absence from office and his insistence on performing official functions while away.”VANGUARD