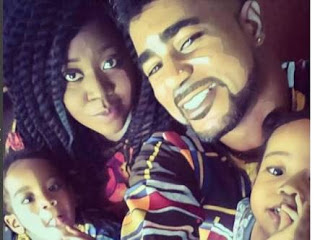 Thin Tall Tony has opened up on his marriage after leaving the Big Brother House.According to him, he respected orders from his wife not to reveal his marital status. Read excerpts from his interview with The NATION.
Do you think that you could have earned more favour from fans if you had told the truth about your marriage?

I respected myself and respected the orders from my wife not to disclose my marital status; to keep my family out of it. Also, while in the house, there’s no lie that I do like Bisola a lot and I could have taken it a step further but remembering what took me into the house in the first place; I could have led her on, could have also gotten to the part where maybe sex would have been involved. Also I tried as much as I can to protect her because I knew where I was coming from and that’s what I did. Let’s not forget that it is a game and we were all playing a game.

Are you having problems with your marriage in any ways?

No, I’m not. (Laughs) My marriage is safe. The only thing that I’m looking forward to is kissing my wife and holding my kids.Since I left the house – to be honest – I have not spoken to anyone apart from my wife and she hasn’t said anything embarrassing yet.

One of the comments that I read was that they felt that I played the game the way I should have, and sticking to the whole thing of keeping my marriage private and not allowing anyone know.

How do you feel now, knowing that your strategy of philandering with Bisola and TBoss didn’t work for you?

To correct that, I didn’t play with anyone’s emotion. I tried as much as I can to know who these ladies were. For me, I was more into Bisola based on what I would be able to learn from her as an artiste like myself. I and Tboss had no connection whatsoever because even after the house, we won’t be able to work together; she is on a different level and Bisola is also on a different level that is also my own line. So, I connected only with Bisola. 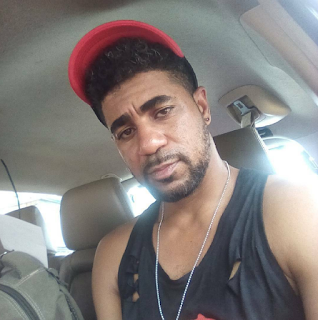 Bisola did give you a ‘head’ in the house, were you really going to lay her when you brought out those condoms on the night before your eviction?

(Laughs)I hear that the rumour is flying; maybe it would take me a long time to try and clear that. Bisola did not give me a head in the house. We were talking under the sheets; we always talk under the sheets. That’s the only time we have our moments together to just talk outside the cameras. That’s also where we talked about laying things straight because even when she had an opportunity to come out openly; if there was anything we would have told Ebuka, we didn’t.
But mostly, a lot of people did hear when she said Tony is a gentleman and Tony did not do things that you probably thought he did. I would wait for her to come out and if she has a different opinion which I do not believe that she will; I know what happened and I can only tell you. You are allowed to believe what you want to believe but nothing did happen.

How has your wife reacted since you left?

My wife has been very supportive and she just wants me to come home but right now, we are doing the interviews and the rest. I should be able to spend that much family quality time with her. We need to sit down and strategize on how to move forward with everything and also try to clear the air. I also don’t want it to look like I’m putting her on the spot but funny enough that’s what comes with new environment that we find ourselves, but she has been very supportive and I am very humble and thankful to have someone as supportive as my wife.