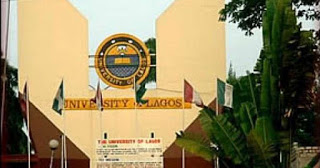 The Save UNILAG Coalition, which comprises of six unions – United Action for Democracy; Education Rise Campaign, Joint Action Front, Alliance of Nigerian Students against Neoliberal Attacks; Student and Youth Activist Support Initiative, TASUED SUG, NANS JCC Lagos and NUESA National Body, yesterday demanded an unconditional release of 13 Nigerian students remanded at the Kirikiri prison over peaceful protest at the premises of the TV Continental for the rustication of a blind student by the University of Lagos management.

The coalition expressed shock over what they described as conspiracy between the TV Continental management and that of UNILAG. In a chat with Vanguard, the Secretary of the Coalition, Sanyaolu Juwon said they believe in the media as the fourth estate of the realm where they can table their demand informed their decision to approach the organisation.


“The arrest and prosecution of Nigeria students for exercising their right to peace protest is uncalled for. We hereby demand immediate release of the affected students.”

A student who preferred anonymity but was part of the peaceful protest at the premises of TV Continental disclosed that they went there for solace, “on the 31st of March, 2017, we went to TVC premises to protest the rustication of UNILAG students.

After the interview they told us that the UNILAG management will be contacted to get their own side of the story and we left the premises.

“So we decided to go back to UNILAG to enquire about the reason for the rustication but the Director of Student Affair, DSA, refused to attend to us.

On our way out of the premises we discovered that they had mobilized military and police to arrest the students that went to DSA office,” he said.

#BBNaija: ThinTallTony reacts to follower who said the plane he boarded should crash