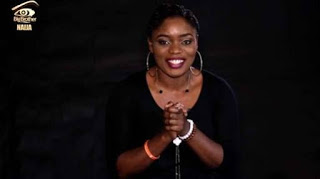 Big Brother Naija ex housemate, Bisola in an interview with Naij, says life was indeed very tough for her at one point and she and her daughter had to beg for food. She said she stopped her university education at NOUN because of N15,000 and she has experienced the down part of life severally due to lack of money. In her own words, Bisola said;
“Looking back at Big Brother Naija… I wanted that platform. I wanted that wide reach. People send me messages from Kenya, South Africa, Uganda, etc. on a normal day, before I entered the house, how many people would have known me? .So yes, even though I did not win, I feel like I achieved my aim. Even if I won that money, It would still finish. Why she did not attend university I wrote Jamb and I was jammed. It’s not like I did not try. I tried so many schools all over the country. Continue below…It’s not that I wasn’t passing the exams; it was a problem of not getting funds. I did not have money to pay for certain things. I was even duped when I tried to enter LASU. That pulled me back and all this just made me discouraged. .I also tried National Open University (NOUN) and you know it is very easy to get into NOUN, and at certain times you needed to pay certain fees. Believe me; it was difficult to raise N15, 000 at that time. .I just decided that all of my energy let me use it into using my talent to feed myself. Sometimes when there was no food to eat at home, I take my daughter to my neighbor’s house under the pretext of watching television and stylishly feed my daughter and myself. .That’s why I can relate to people because when you are down, you are down. But one cannot just stay down. I would love to help people get out of this type of situation.”

“Omit the logic, If you don’t like where you are” – Bovi