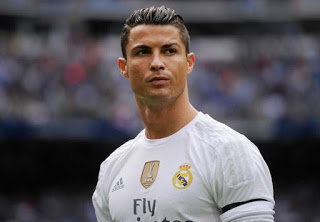 Third-tier German club Fortuna Koln may have trouble winning the race to sign Cristiano Ronaldo, despite making the Portuguese a thirst-quenching offer.
Ronaldo is rumoured to be seeking a shock move away from Real Madrid due to his unhappiness over scrutiny of his tax situation in Spain.
Manchester United and Paris Saint-Germain have been linked with a swoop for the 32-year-old, while Bayern Munich on Monday dismissed media claims they are considering a bid as the “hoax of the day”.
Given the side lacks the financial resources of Europe’s heavyweight clubs, Fortuna opted for a different approach in their cheeky pitch to lure Ronaldo to Sudstadion.
The club posted on Twitter: “Hey @Cristiano, we’re still looking for a striker – we don’t have money, but we can offer you free Kolsch for life.”
Given Ronaldo’s famous dedication to his enviable physique, it seems unlikely to say the least that the Portugal superstar will be convinced by the prospect of a bottomless stein to swap La Liga for a side that finished 16th in 3rd division German football. But then, beer is beer!
Follow us on Instagram @sofovilla | Follow us on Twitter @sofovilla | Like our page on Facebook via @sofovillamedia