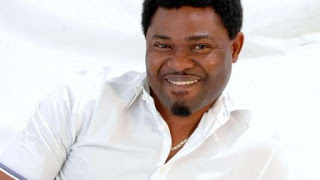 Yomi Fash Lanso has condemned Nigerian pastors who go around with securities asking who wants to kill them.

To Yomi if you are a true man of God you don’t need one, because you know your hands are clean and you know nobody wants your life.

He also spoke about respected Pastors who can’t say the truth to Government officials turning the country upside down, just because of fear of losing their worldly possessions. What he told Saturday Beats below…. By the way, Yomi is also a Deacon.“Our pastors go about with armed personnel and I ask myself a question, who wants to kill or kidnap a pastor? Is he not a man of God? They know that what they are doing is not good, if not they would not move about with armed personnel. If you are truthful to God’s calling, who would want to kidnap you? If you don’t have the notion to harm anyone, then you do not need armed personnel.

I was conferred as a deacon in my church a few years back but it would not stop me from talking.  If they go around with armed personnel because of the wealth they seem to have, how did they come about the wealth? Is it not from our tithe and offering? They cannot try it in America. A pastor in South Africa is rotting in jail because he molested underage girls. I am sure that if it was in Nigeria, we would not hear anything. Nothing would happen because we have built our society around people and not laws. It is wrong. Nathan in the bible went to King David to convey God’s message without any fear or compromise but our pastors can’t do so.

We are in this mess in Nigeria because our pastors are not talking. If we are going to count the true men of God in Nigeria, they would not be up to two among the thousands that we have. Only a few of them can look in the eye of corrupt men in government and speak the truth because they would not want to lose their worldly possession.

They know all the rogues we have in government, the people that are putting us in total blackness. These people attend their churches but they are not talking to them which means that these pastors are thieves and rogues as well. Until we start speaking the truth from the church, we are not going to make any head way in Nigeria,” he said.w Follow us on Instagram @sofovilla | Follow us on Twitter @sofovilla | Like our page on Facebook via @sofovillamedia

If you feel people I hailed in my songs are fraudsters, report to EFCC -9ice tells Falz (Video)