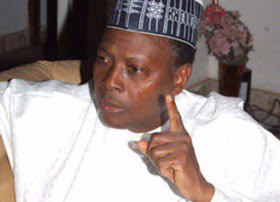 Muhammed said the speech was “not realistic,” adding that some of the claims made by Buhari with regards to his policies were not true.

The Northern elder noted that if Buhari was articulate, the speech would have been an “avenue to mobilise and regain the confidence of the people.”

Speaking with Punch, Muhammed said, “Frankly speaking, the speech is not realistic. There is nothing and there was nothing meant to be spectacular or unique about the speech of the 57th anniversary.

“It is celebratory. Where we have a leader who is articulate or is in a firm control of the government, the speech could have been an avenue to mobilise and regain the confidence of the people.

“As far as I am concerned, there is nothing in the speech to energise, galvanise or persuade me.

“The government muddled up a speech that should be about matters of national importance with personal reminiscences of being a young officer. This romantic lamentation does not have a place in this speech.

“Some of the claims the President made were clearly dishonest. For example, he claimed that his agricultural policies have been a success. As far as I am concerned, that cannot be true because I don’t even know the policies.

“If I don’t, I am sure millions of other Nigerians don’t know too. When you see the functionality of a policy, you know it is working.”