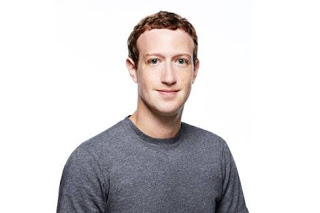 Co-founder of Facebook, Mark Zuckerberg has beaten Warren Buffett as the world’s third-richest person, further establishing technology as the most robust creator of wealth.

Zuckerberg, who is now behind only Amazon.com Inc. founder Jeff Bezos and Microsoft Corp. co-founder Bill Gates, led Buffett on Friday as Facebook shares climbed 2.4 percent, according to the Bloomberg Billionaires Index.

It’s the first time that the three wealthiest people on the ranking made their fortunes from technology. Zuckerberg, 34, is now worth $81.6 billion, about $373 million more than Buffett, the 87-year-old chairman and chief executive officer of Berkshire Hathaway Inc.

Zuckerberg’s ascent has been driven by investors’ continued embrace of Facebook, the social-network giant that shook off the fallout from a data-privacy crisis that hammered its shares, sending them to an eight-month low of $152.22 on March 27. The stock closed Friday at a record $203.23.

Actress Reveals She Has Slept With 24 Actors (Watch Video)