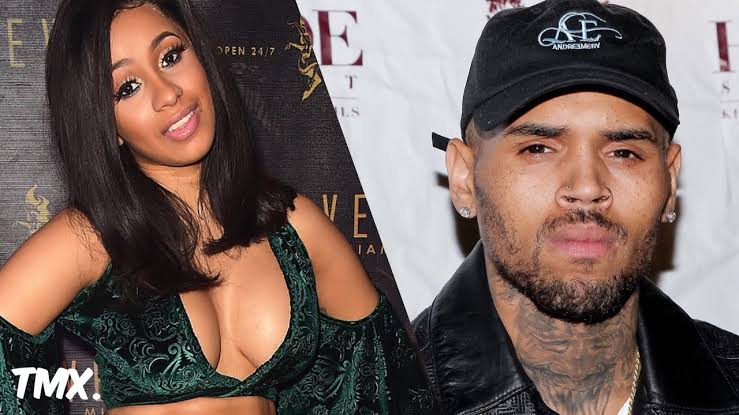 Since Cardi B has announced that her marriage with Offset is over, Chris Brown is said to be looking for his own win in the situation.

Reports have it that the R&B star wants to hit up the “Bodak Yellow” star. According to an insider who claims to be close to the singer, intentions for his supposed crush is true.

The source reports that: “Chris is dying to shoot his shot with Cardi, now that she is single. He’s always found her sexy, and now that Offset’s out of the way, Chris is ready to make Cardi his girl. Chris loves Cardi’s music, thinks she’s gorgeous, sexy and talented but would never disrespect Offset by trying to hit on his wife.”

In addition, the source continues by sharing Brown’s virtual game plan: “Now that the lane is clear, Chris will be liking some of Cardi’s pics, maybe even leave a few comments and also plans to slip into her DMs. Chris wants to let Cardi know any way he can that he’s interested as soon as possible.”

Adekunle gold and Simi confirm relationship as both kiss on stage