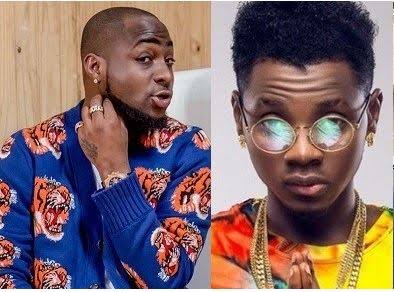 It seems Davido is about to ignite another major beef in the Entertainment Industry, as he reported slapped Kizz Daniel’s manager at his just-concluded concert.

Kizz Daniel’s manager Tumi Lawrence, had initially taken to his twitter page to call out Davido for his fake love, but refused to give details on what brought up the rant.

“Fuck you and your fake love @iam_Davido And to you guys that witnessed it, shame on you @bizzleosikoya @AsaAsika”

As a result of this, Peter then gave full details of the whole scenario in his post.

“Apparently Kizz Daniel could not perform at #DavidoLiveInConcert because Davido slapped his manager at the backstage of his concert.
Davido just finished performing on stage and wanted to go and change backstage and he met Kizz Daniel manager walking towards the same place and his guys pushed him away, then Davido asked his guys “who be that” and they answered that it was Kizz manager.
Then Davido just entered 30 billion gang shit and went straight to drag out Kizz manager that was jejely going on his own and gave him a hot slap and poured drink on his face and was like “don’t fuck with me
Kizz Daniel stood up and left the show like a sensible human being then Davido still went ahead and performed Kizz Daniel song alone just like that”

Davido Apologises To Lady Who Was Robbed At His Show, Denies Slapping Kizz Daniel’s Manager

I just wanted sex – Cardi B debunks reconciliation with Offset