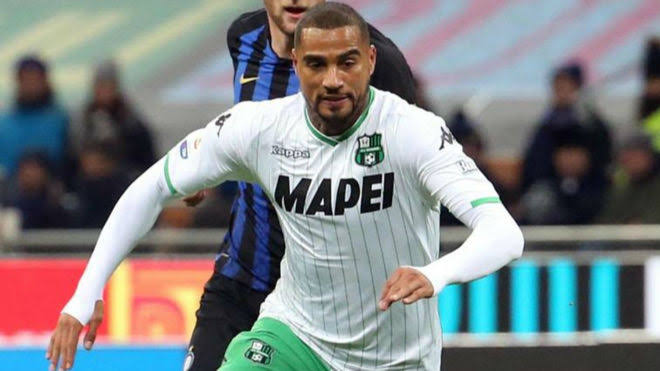 Barcelona FC have confirmed the transfer of Kevin-Prince Boateng from Sassuolo.

The deal includes a €8million option to buy, while Barca will also pay a €2m loan fee for Boateng to feature for them the remainder of the season.

The 31-year-old player will be presented on Tuesday morning, with a private contract signing set to be followed.

It was further gathered that there would also be a photo session on the Camp Nou pitch and a press conference at noon.

The club confirmed this on its official website as stated below:

“Kevin-Prince Boateng is a player who will surely adapt quickly to the team. With experience of playing in four of the biggest leagues in Europe, the Premier League, the Bundesliga, Serie A and La Liga, he is a man who has scored goals wherever he has been.

“Furthermore, Boateng is a player who versatile to a fault. During his time with Las Palmas with Quique Setién as coach he played as an out and out striker, a typical number ‘9’. However, he is also able to play further back as he did at AC Milan, scoring twice against Barça in his time with the Rossoneri.