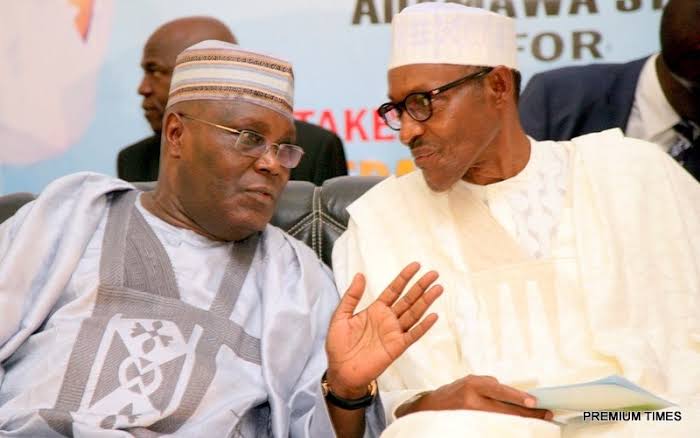 Shortly after the speech, Atiku in a statement on Thursday, February 14, through his special assistant on publication, Phrank Shaibu, spoke against what he described as the president’s attack on the opposition in his nationwide broadcast.

“We see President Muhammadu Buhari’s attack on the opposition in his nationwide broadcast, Thursday night, as part of the many gaffes which have come to define last days of the Buhari Presidency, rather than an address to be taken seriously by Nigerians,” he said.

Atiku said Buhari’s conducts and latest negative comments against opposition elements in his nationwide broadcast does not reflect the attributes of a leader who is seeking to be re-elected for another term of office.

INEC Announces Buhari As Winner Of The Presidential Election 2019

I Will Send Obasanjo To Jail – Buhari