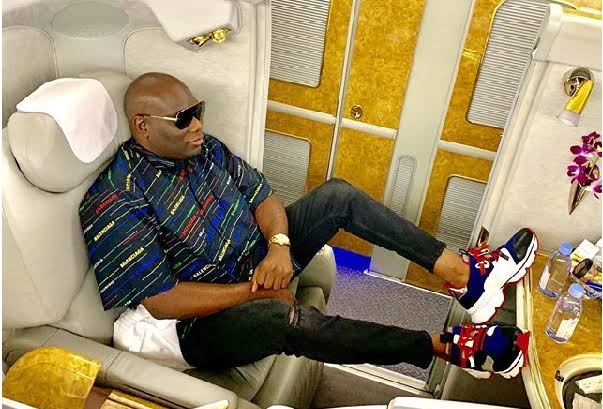 The Economic and Financial Crimes Commission, EFCC, has revealed that a whopping sum of N18 billion rests in a bank account traced to Mompha.

Punch Metro has it that EFCC has filed 14 counts of fraud against Internet celebrity, Ismaila Mustapha, alias Mompha, before the Federal High Court in Lagos.

In a copy of the charge sheet sighted by Punch on Friday, Mompha, among other things, was accused of procuring Ismalob Global Investment Limited to retain in its bank account an aggregate of N18.05bn.

The EFCC said he ought to have reasonably known that the money formed part of proceeds of unlawful act, to wit: fraud.

The anti-graft agency said Mompha acted contrary to sections 18(c) and 15(2)(d) of the Money Laundering (Prohibition) Act 2011 and he was liable to be punished under Section 15(3) of the same Act.

It was learnt that Mompha will be arraigned before the Federal High Court in Ikoyi on Monday.

He was arrested by the EFCC in October at the Nnamdi Azikiwe International Airport, Abuja on his way to Dubai.

The EFCC claimed it arrested him based on “actionable cross-border intelligence received from collaborative law enforcement agencies about his alleged involvement in the criminal activities.”

“Ismaila, who allegedly perpetrates his fraudulent activities under the guise of being a bureau de change operator, is always seen with his little son flaunting huge amount of foreign currencies on his social media platforms.

“Investigations have also revealed that Ismaila is only using the BDC business he jointly owned with his siblings as a decoy to launder his proceeds of crime.”