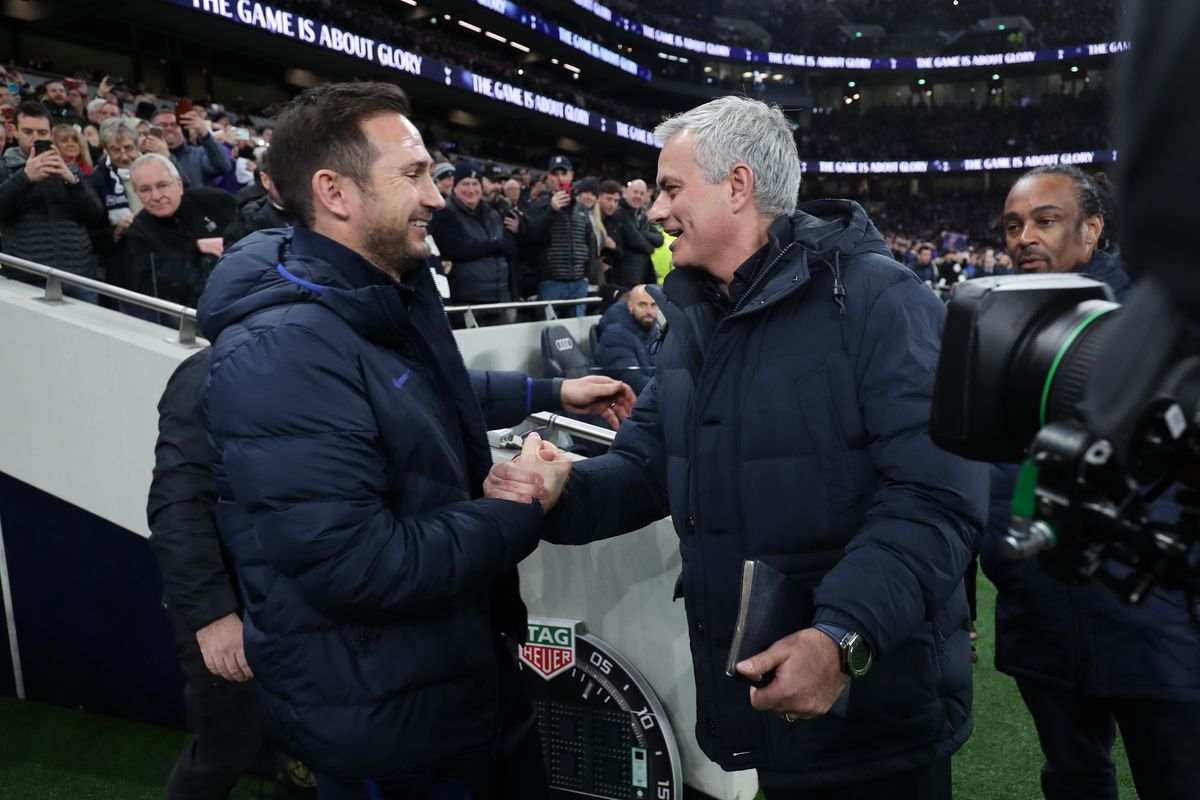 The two have maintained a close relationship and Lampard said he has “huge respect” for the 56-year-old.

Mourinho, speaking to the media on Friday, said he would “always love” Lampard, but revealed that he can only give him a hug, rather than a post-match drink this weekend.

“I don’t think [we will have a drink] because our stadium is built in the way that our office is completely on the inside our private headquarters.

“Until now I didn’t invite any managers to go there and I don’t think I’ll do that with Frank. But a big hug before the game and another after the game, that’s for sure independent of results and who is happy.

“I think our feelings will be forever. I’ll always be grateful to him for what he gave me as a player. Nothing is going to change that. I love the guy, I will always love the guy. I hope he loses on Sunday,” Mourinho said.