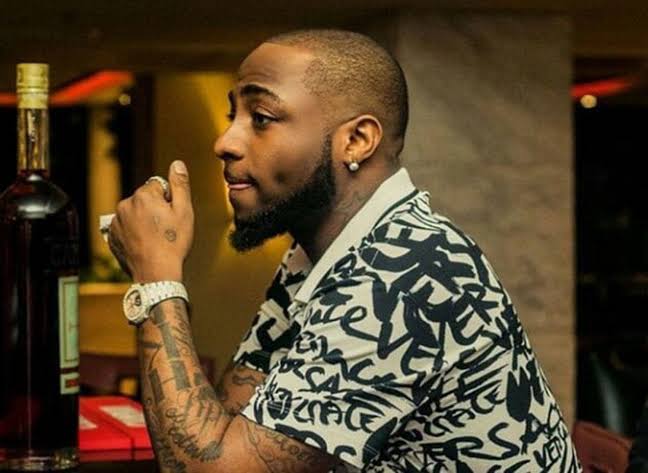 Davido has openly revealed to everyone that he satisfied a woman in the shower, the woman who makes his world complete.

He wants the world to know that he is treating his fiancee, Chioma very well in the other room.

The sensational artiste took to his social media page some hours ago to happily showing off an exceptional art piece that his woman, Chioma specially painted for him.

From the painting, one could vividly see that Chioma is not only a professional in cooking delicious meals but also has dexterity at painting magnificent pieces. 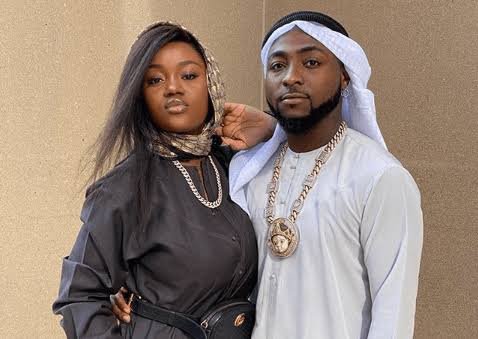 The painting which she titled “Lion King” shows a man, who is supposedly Davido, standing in a deserted forest with the sun going down. Posting this, David Adeleke wrote:

“My wife painted this for me yesterday “ Lion King “.. thanks love ??? @thechefchi”

Fans marveled and showed uttermost surprise at Chioma’s talent. The didn’t waste time to praised her for painting such a beautiful masterpiece which stands out amongst many.

Just as fans showered praises, a fan suggested to the singer to bless her with his “cucumber” for taking her time in making and giving him such a beautiful gift.

Davido didn’t waste time at all to respond to this fan. He responded saying that he had already given her his own gift in the shower.

Check out picture of the beautiful art work below and the conversations that followed: 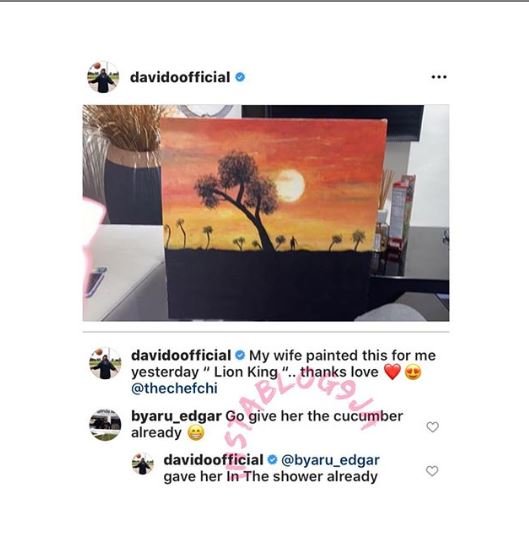 Don Jazzy Says He And D’banj Never Had Any Issue