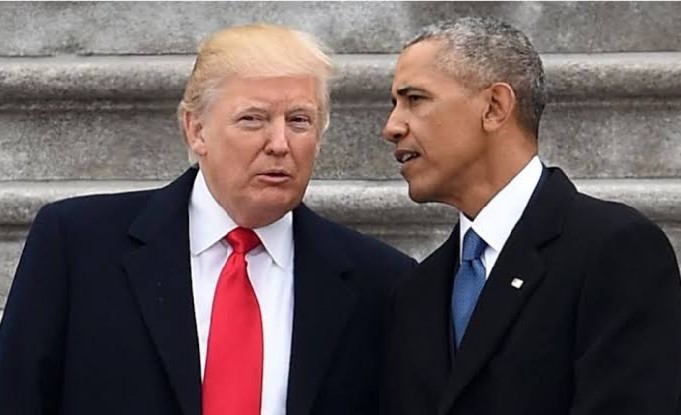 Former President of The United States, Barack Obama, has spoken against Trump administration’s improper handling of the coronavirus pandemic.

This criticism comes as a shock, as Obama is not usually the type who makes comments about the administration.

On Saturday in an address to 2020 college graduates, in an event for Historically Black Colleges and Universities (HBCU), Obama made his statement.

Obama said a lot of people in the administration are not even pretending to be in charge.

Speaking to the graduating students, he mentioned that the pandemic means they would have to grow up faster than other generations. He also urged them to do what is right, to do what feels good, convenient and what is easy, as that’s how kids think.

The former President also addressed racism in the country. He specifically citing the case of Ahmaud Arbery, a 25-year-old black man who was murdered while jogging in February. Reports have it that two men shot the aforementioned twice in broad daylight and autopsy report released showed he suffered severe blasts to the chest.

Speaking further to the graduates, Obama states that a disease like this just spotlights the underlying inequalities and extra burdens that black communities have historically had to deal with in this country.

Furthermore, he says the disease spotlights the disproportionate impact of COVID-19 on our communities, just as the case of a black man who goes for a jog and some folks feel like they can stop and question and shoot him if he doesn’t submit to their questioning.

Ex-president, Obama’s condemnation followed last week private conference call, in which he described the U.S. handling of COVID-19 as an absolute chaotic disaster.

The conversation was leaked by Yahoo News. According to its reports, Obama said the rule of law was at risk, after criminal charges against former National Security Adviser Michael Flynn were dropped.

So far, America has recorded over 1.5 million cases of coronavirus and 90,000 deaths, a number which is tremendously high. President Trump’s administration is being accused of a slow response to the crisis by so many.