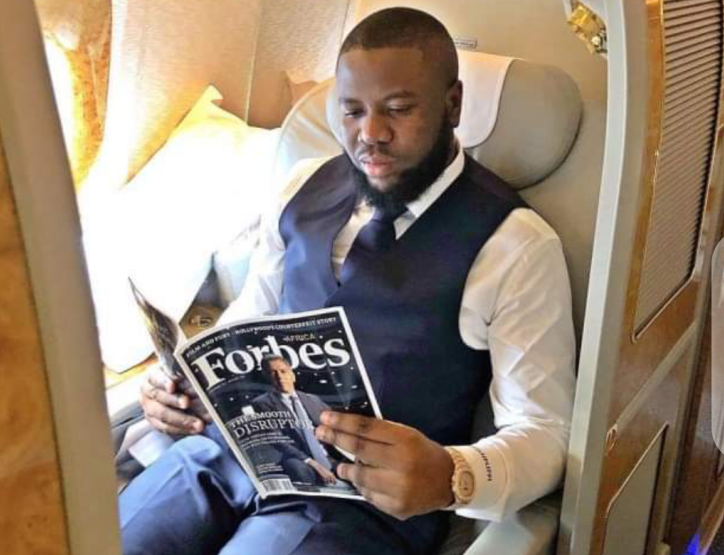 The International Police (INTERPOL) Nigeria has confirmed plans to extradite Instagram celebrity, Raymond Igbalode a.k.a. Hushpuppi from the United Arab Emirates (UAE) to Nigeria to face alleged multiple fraud charges, according to reports.

The INTERPOL is also reportedly on the trail of other accomplices in the alleged fraud who are resident in Nigeria to bring them to justice.

Commissioner of Police (CP) INTERPOL, Garba Umar disclosed this to The Nation yesterday while confirming the arrest of Hushpuppi whose real name is Ramoni Igbalode.

He said: “It is true that Hushpuppi was arrested by the INTERPOL. We are currently working on bringing him to Nigeria to face charges of fraud.

“Some of the offences were committed here in Nigeria and he has to answer for them. He is not alone in it; there are accomplices in the country who we are currently on their trail,”

Hushpuppi, known for his reckless display of wealth on social media, was arrested three days ago for allegedly hacking into the United States (US) unemployed database and impersonating citizens qualified for unemployment funds.

He and his accomplices in Nigeria, Dubai and other countries allegedly defrauded the US of over $100 million meant for Native Americans in the battle against the coronavirus pandemic.

It was alleged that Hushpuppi was arrested alongside two of his friends after weeks of investigation by the US Secret Service, following the alarm raised in May about a crime ring of suspected Nigerians who broke into the personal information of citizens and used factitious unemployment claims to steal hundreds of millions of dollars reserved to help jobless American people.

The syndicate was alleged to have filed in so many names of Americans who were still working to various state unemployment offices and collected money from the system.

They were alleged to have used information stolen from first responders, government personnel and school employees.

“Kizz Daniel Is A User, He Can’t Even Help His Brother” – Zlatan Shades Kizz Daniel