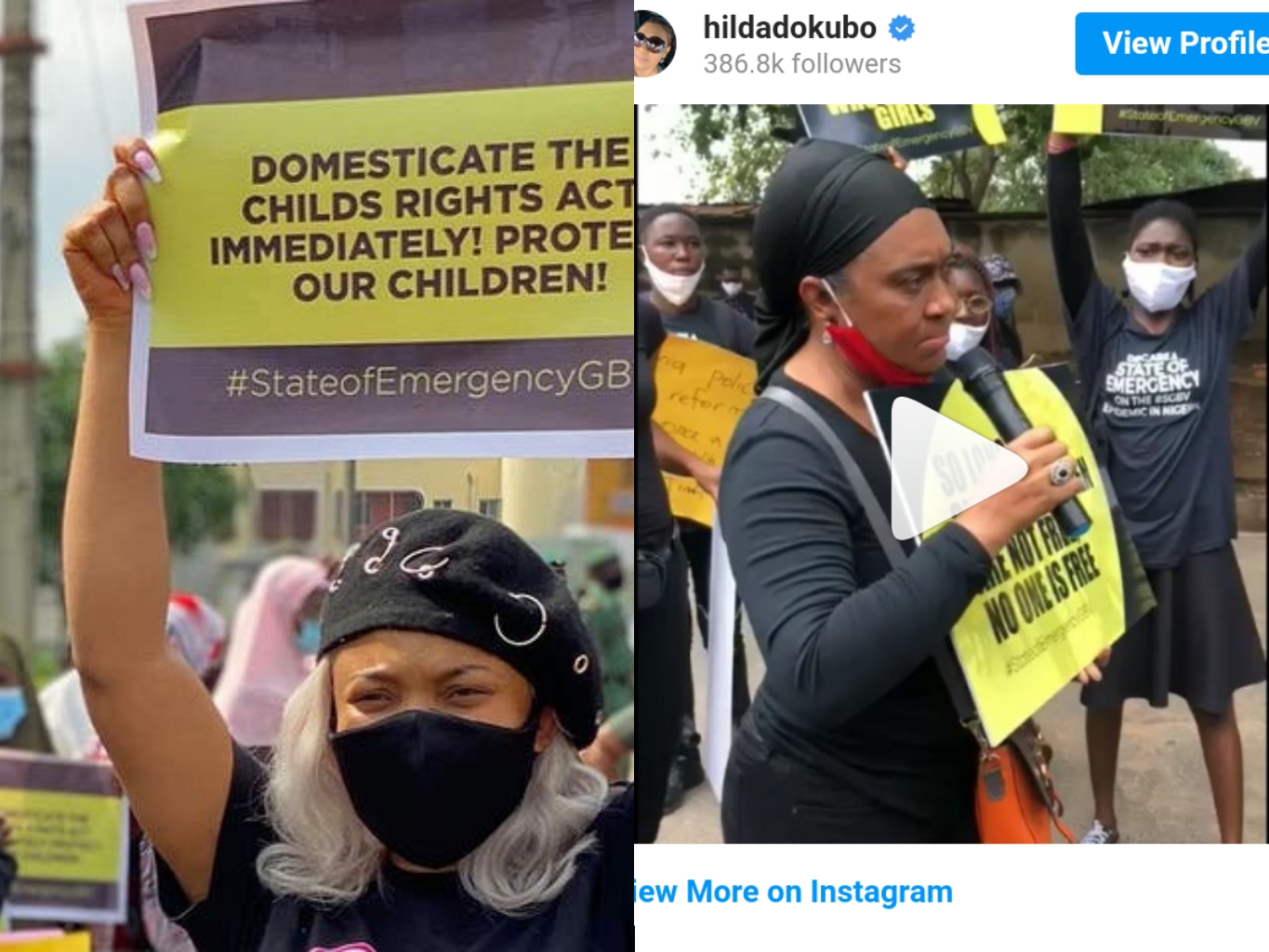 Notable Nigerian female celebrities were spotted in a peaceful protest against rape in Lagos and Abuja.

With the rapid increase in the rate of rape in Nigeria, these celebrities took to the streets to call for justice, demanding prompt actions from lawmakers on the incresing rate if rape and injustice.

Tonto shared photos on her social media page, as she carries a placard, protesting against rape. She captioned:

“Earlier today I joined @realwarripikin and others amazing NGO’s to hold a PEACEFUL PROTEST AGAINST GENDER BASES VOILENCE, RAPE AND MURDER OF OUR YOUNG GIRLS AND WOMEN.. TODAY WE SAY ENOUGH IS ENOUGH”