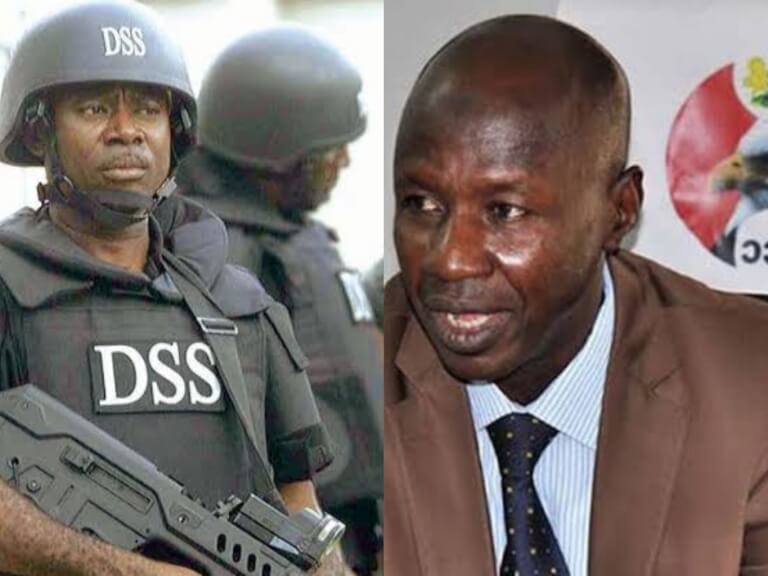 Acting chairman of the Economic and Financial Crimes Commission (EFCC), Ibrahim Magu, has been Arrested by the Department of State Services (DSS).

Sources have it that Magu was arrested over allegations that he owns four properties and that he was allegedly transferring funds abroad through a third party.

He was arrested at the Wuse II office of the DSS on Monday afternoon and is now undergoing interrogation at the DSS Headquarters In Aso Drive.

Reports also have it that Ibrahim Magu travelled to Dubai in the United Arab Emirates, without the authorisation of the president during the lockdown.When he was asked on the reason for his travel, he said he went for an investigation.

In addition, he is alleged to be living above his means, and it can be recalled that in 2016, DSS accused the EFCC boss of living in a N40m mansion paid for by one Umar Mohammed, a retired Air Commodore.

Despite occupying the position in acting capacity for years, Magu is yet to be confirmed as the substantive chairman of the EFCC

Related Topics:dssEfccIbrahim Magu
Up Next

“Hushpuppi Is An Angel, Compared To Buhari” – Reno Omokri (Video)