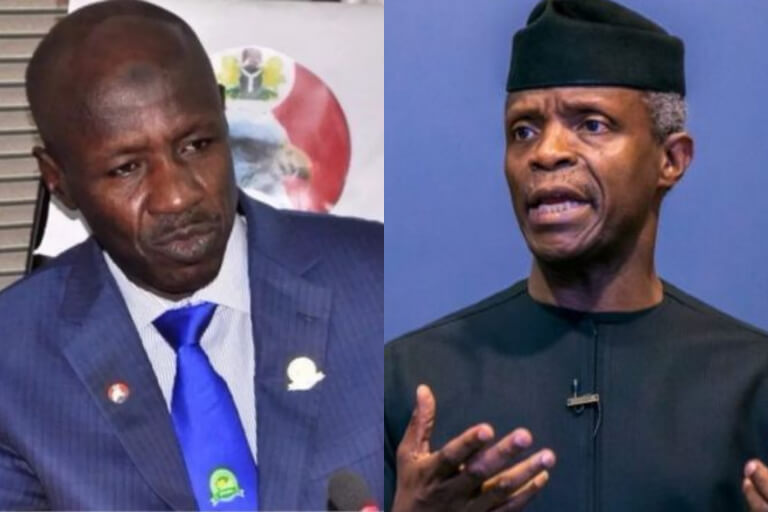 Magu, who has spent the fourth day at the Force Criminal Investigation Department (FCID), made this statement when he appeared before the presidential panel investigating him on Thursday.

A source disclosed what the embattled Magu said when he was grilled about Osinbajo. Magu was quoted as saying:

“Where will I get such money? Do I have access to such funds? It is part of mudslinging. Please clear this. I do not have any control of such cash, I did not order the transfer of N4 billion to the VP or to anybody.”

He insisted that Osinbajo’s name never came up at the panel’s session at all. Since the VP was not an issue, he could not have mentioned that he gave him N4 billion.

The VP has, however, asked the Inspector-General of Police to investigate the allegation against him. His demand was contained in a July 9 petition signed by his lawyers, Taiwo Osipitan and Abimbola Kayode.

2022 Will Be A Difficult Year For Super Eagles – Gernot Rohr