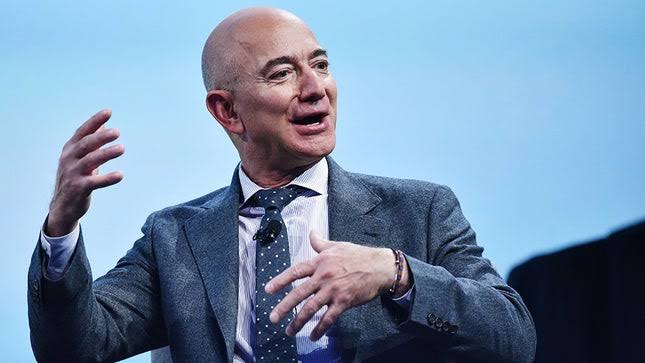 56-year-old Bezos, the founder and CEO of Amazon, is now worth over $171 billion according to the Bloomberg Billionaires Index.

With this new development, he is richer now than he was, after settling the most expensive divorce in history last year.

In 2019, Bezos’ ex-wife, MacKenzie, took 25 percent of his shares, which meant at the time her stake was worth more than $35 billion according to Forbes.

However, Bezos remained the wealthiest person on the planet after the settlement and his wealth keeps going high amidst this coronavirus pandemic.

Bezos was predicted to be the world’s first trillionaire by 2026, some weeks back by Comparisun.

The business software comparison site used data collected from the last five years of the Forbes Rich List to calculate the yearly wealth growth rate of the world’s richest billionaires.

Applying this annual growth rate over the coming years, the study concluded that Bezos could become the world’s first trillionaire in 2026 or sooner.

Bezos’ company, Amazon has been doing particularly well in recent months with the increased demand for online shopping due to the Coronavirus pandemic. The company’s share prices has increased as a result of this.

Related Topics:Jeff Bezos
Up Next

VAR Is Bad For The Beautiful Game – Jose Mourinho