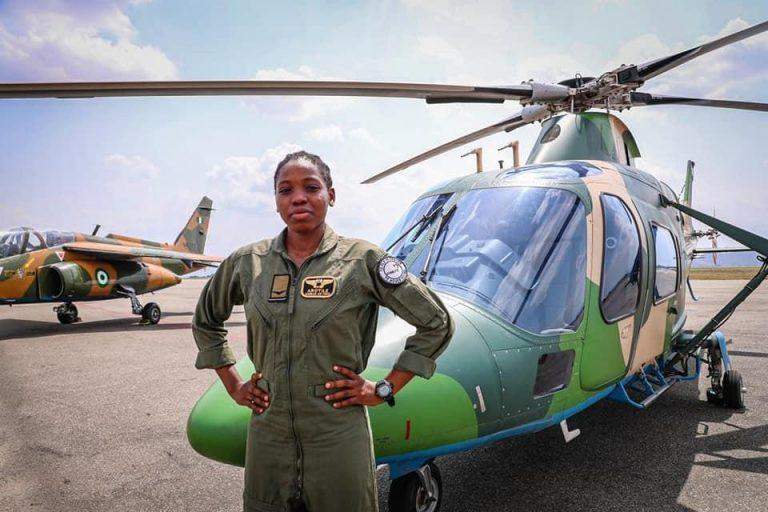 The Nigerian Air Force has revealed that investigation has kickstarted into circumstances surrounding the death of first combat female pilot in the country, Tolulope Arotile, who was hit by a vehicle.

In its statement, it also mentioned that two persons are being held at this moment, in connection with the accident.

NAF Director of Public Relations and Information, Air Commodore Ibikunle Daramola, who made the disclosure, said the outcome of the investigation would be revealed.

He said that Arotile would be buried on Thursday, July 23, at the National Military Cemetery, Abuja, in full military honours.

Nigerian Air Force also stated that it would continue to support female pilots’ training as 11 were currently undergoing training within and outside Nigeria.

The shocking news hit Nigerians on Tuesday when the NAF announced that Arotile, Nigeria’s first female combat helicopter pilot, died at the NAF base in Kaduna State from a road traffic accident.

The air force said the female officer sustained head injuries when she was “inadvertently hit by the reversing vehicle of an excited former Air Force secondary school classmate while trying to greet her.”

Related Topics:NAFTolulope Arotile
Up Next