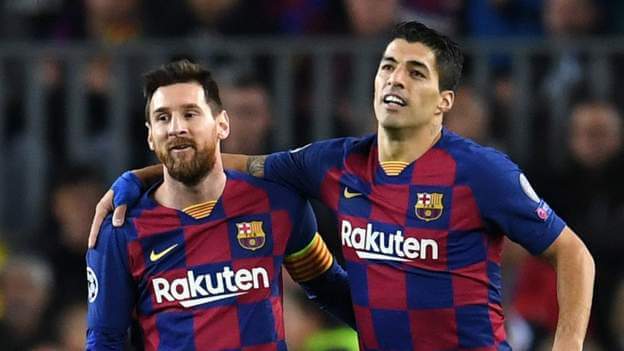 Barcelona’s star, Lionel Messi, has expressed disgust on how the Spanish club handled Luis Suarez’s exit, as he pens an emotional message.

The Uruguayan has now joined Atlético Madrid. He was supposed to go on a free transfer, but Barcelona extracted a fee of €6 million from Atletico .

Messi expressed how unhappy he is about the way his friend, Suarez, was treated.

The Argentine forward said Suarez deserved to depart like one of the most important players of the club.

“You deserved to depart like what you are: one of the most important players in the club’s history, winning things as part of a group & individually,” Messi wrote on Instagram.

“Not for them to kick you out as they have done”.

Recall Messi wanted to leave the club during the summer but he was forced to stay.

Messi also said he would miss Suarez presence in the dressing room likewise on and off the pitch.

“It’s going to be strange to see you with another shirt and even more to come up against you,” Messi said.

“I wish you all the best in this new challenge.

“I love you very much.