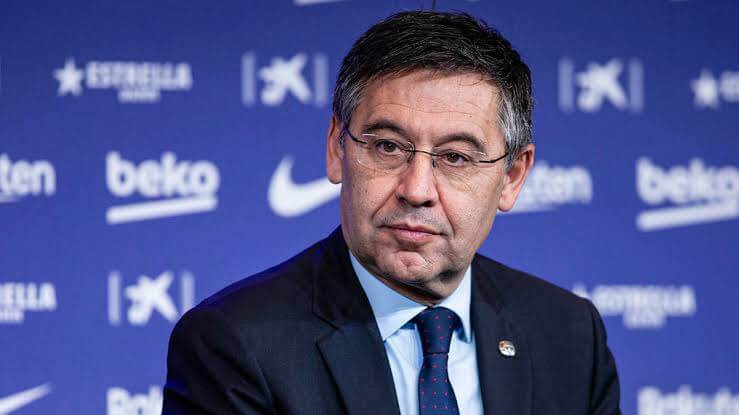 Spanish side, Barcelona, has confirmed that its president, Josep Maria Bartomeu, has RESIGNED alongside entire club board.

The Blaugrana supremo left his post amid ongoing criticism and a looming vote of no confidence.

Bartomeu’s decision comes after several months of criticism in the wake of Barcelona’s 8-2 Champions League elimination to Bayern Munich, as well as Lionel Messi’s shock request to leave the club shortly after.

Although the club was able to keep hold of Messi, with the longtime Barca star staying to avoid having to take the club to court, Bartomeu’s position has been under scrutiny for months.

The president had been due to officially end his tenure next year, with elections called for March, but the club’s members called for a vote of no confidence in an effort to get Bartomeu out immediately.

A total of 20,687 votes were gathered for the motion against Bartomeu, passing the threshold of 16,250 signatures required for the vote to go ahead.

The Barca board repeatedly tried to postpone the vote but, on Monday, local authorities rejected the club’s push to delay the proceedings.

As a result, the vote was set to go ahead in the coming weeks, but will no longer be necessary as Bartomeu and the board have stepped down.

#EndSars: I Am Not Afraid For My Life – Falz