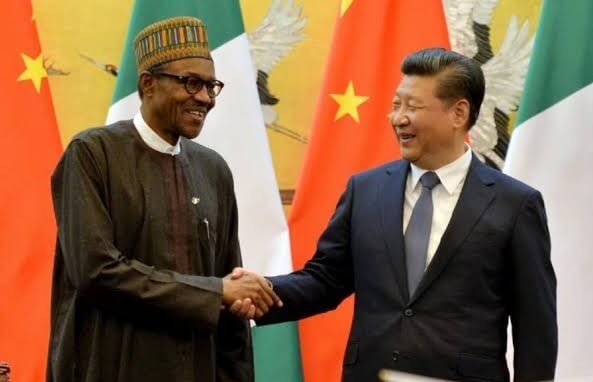 On Thursday, the Chinese Government seized the only international airport in Uganda, the Entebbe International Airport and other property, in yet another campaign to grab foreign assets owing to debts defaults.

On November 17, 2015, the Uganda government inked a deal with the Export-Import Bank of China (Exim Bank) to borrow $207 million at two per cent upon disbursement. The loan had a maturity length of 20 years with a seven-year grace period.

Now, it seems that the arrangement agreed with China’s EXIM means Uganda “surrendered” its sole international airport. This is according to the Economic Times of India.

Seeing the contract was disadvantageous, Uganda, however, tried to renegotiate the arrangement but without success. In March 2021, Uganda dispatched a team to Beijing intending to renegotiate the toxic conditions of the treaty but China refused them, putting Ugandan President Yoweri Museveni’s government in uncertainty.

If China maintains their position, it means Uganda may suffer a horrible fate economically since the Entebbe International Airport handles over 1.9 million travellers every year and generate income for the government.

According to the Daily Monitor, the Ugandan government waived international immunity in the agreement it signed to secure the loans, exposing Entebbe International Airport to take over without international protection.

The term “waive immunity” is not new. As with most Chinese loans to African countries signed in haste and without scrutiny by African leaders, the loans come with such a toxic clause. In fact, according to India Economic Times, a number of countries, some in Africa, have had to forfeit national assets for direct control by China after failing to repay commercial loans signed with haste or without proper scrutiny.

With Nigeria heavily indebted to the Chinese Government, there may be indicators that a fate similar to Uganda’s case could befall Nigeria in the event that Nigeria fails to do her part of its various loans with China.

While this amount represents only 3.94 per cent of Nigeria’s total public debt of $79.21 billion as of September 2021, this debt has been accumulating since December 2010 with the $399 million loans for the Nigerian National Public Security Communications system project.

Nigeria has borrowed continually since then. The largest loan was made to the Lagos-Ibadan Standard Gauge Railway (SGR). It was financed using a $1.3 billion loan in August 2017. The most recent loan was obtained in March 2018 for the Nigeria Greater Abuja Water Supply project. A staggering $381 million.

In August 2020, a clause in a commercial loan agreement signed on September 5, 2018, between the Federal Ministry of Finance and the Export-Import Bank of China for the Nigeria National Information and Communication Technology (ICT) Infrastructure Backbone Phase II Project garnered public attention during a legislative hearing in Nigeria.

“[T]he Borrower [i.e., the state of Nigeria] hereby irrevocably waives any immunity on the grounds of sovereign or otherwise for itself and its property in connection with any arbitration proceeding pursuant to Article 8(5), thereof with the enforcement of any arbitral award pursuant thereto, except for the military assets and diplomatic assets,” the clause reads.

While many worried Nigerians misconstrued this to suggest that Nigeria’s sovereignty may be ceded to China if the government fails to pay its debt, a thorough reading of the wording indicates that it may signify something similar to Uganda’s situation.

Although Sun Saixiong, spokesperson for the Chinese Embassy in Nigeria, stated that the Chinese government’s loans were not intended to take over Nigeria or any other country, precedents demonstrate that when African countries default on loan payments at the loan’s maturity date, certain assets will be seized.

Following the seizure of certain properties in Zambia and Uganda, the realities are staring Nigerians in the face: if Nigeria defaults on the loan, the Chinese government would confiscate some assets in the nation, potentially those it supported.

“Victor Osimhen’s Eye Came Out Of Its Socket” – Surgeon