The reality TV star, businessman and recording artiste, announced this new deal with an Instagram post of pictures of himself, Captain Tunde Demuren and Banky W.

He revealed new songs would be dropping soon. His caption with the post, reads;

“Now that we’re in good hands, let the misic flow” 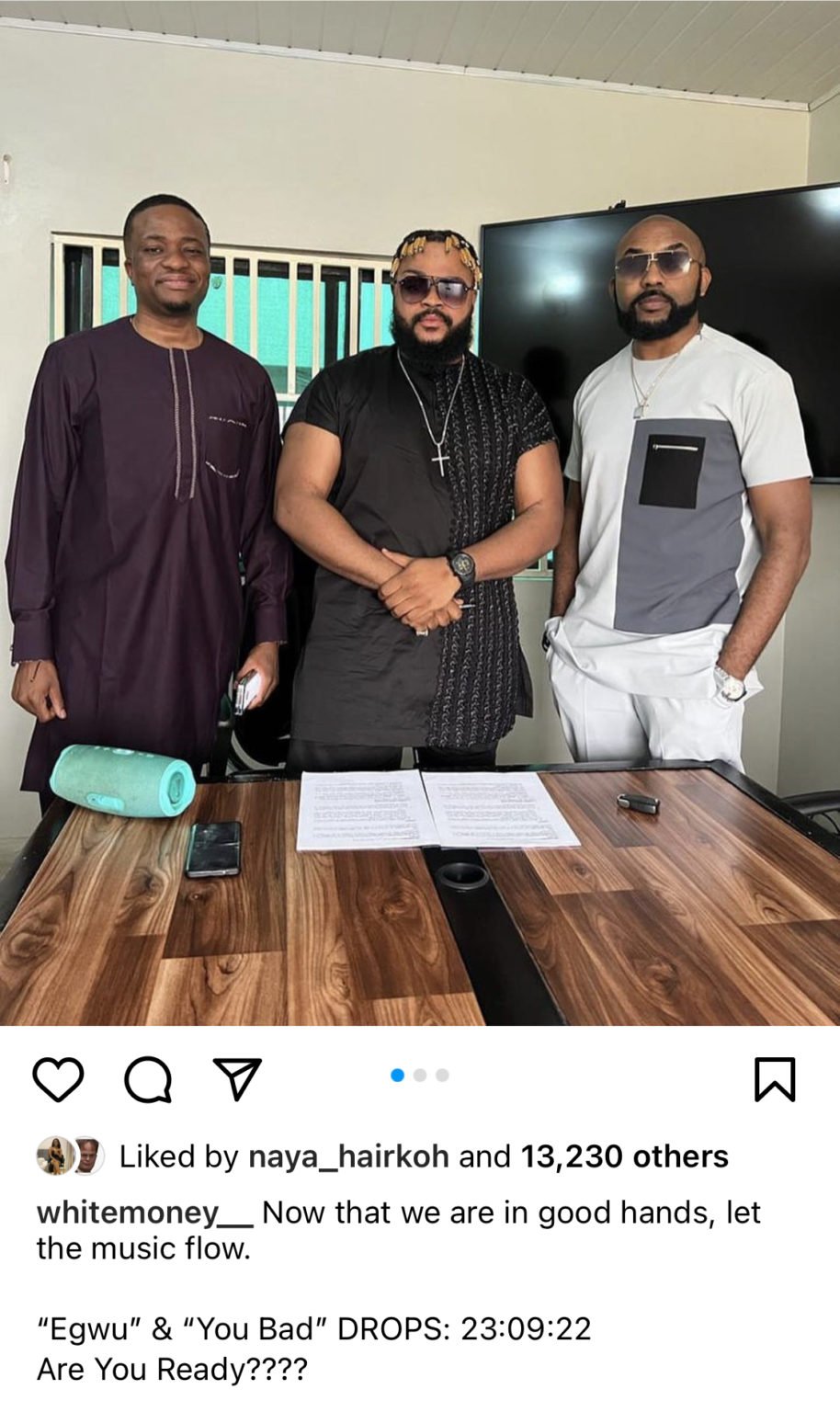 EME Music, which produced one of Africa’s biggest artist, Wizkid, was established in 2002 as a record label company.

The company is co-owned by singer and politician, Banky W and Captain Tunde Demuren.

They have also worked with Niyola, Skales and Banky W as signed acts.

The company, 2018, announced a rebrand as a media and management agency, and have taken some talents in, list comprising of ToolzO, DJ Xclusive, Adesua Wellington, Ebuka Obi-Uchendu and Banky W as well.