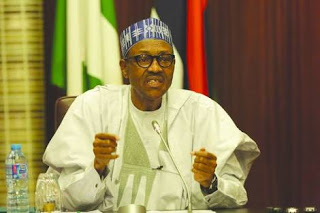 President Muhammadu Buhari’s return to Nigeria was reportedly put off late last night because his doctors would not certify him healthy enough to return home despite strong pressure from members of his inner circle.

According to SaharaReporters, Presidency sources said the desperation to have him back was so much that the cabal sent to London on Friday the biggest jet in the presidential fleet, a Boeing Business Jet 737, known as “Airforce 001.” Read their report below:

They wanted to ferry Buhari into Abuja before the closure of the Nnamdi Azikiwe International Airport on Wednesday.

In that connection, the smaller presidential jet which initially flew President Buhari to the UK was returned to Abuja the same day while the bigger jet was sent to London with a fresh crew.

SaharaReporters also learnt that the return to Abuja last week of Buhari’s powerful nephew, Mammam Daura, as well as one of his daughters, all heightened the political anxiety that President Buhari would return on Sunday evening.

Our sources maintained that President Buhari’s doctors refused to give him the clean bill of health that would enable him to return.

In the meantime, media aides to the president have continued to issue statements claiming that President Buhari is making phone calls to world and Nigerian leaders and politicians over a variety of issues.

This strategy is aimed at keeping politicians and the public believing that the president is fully recovered from his numerous ailments, but sources involved in Mr. Buhari’s treatment say he is far from recovered, and his return date, and therefore his return to work, remains unclear.

Chimamanda Adichie elected into American academy of arts and letters