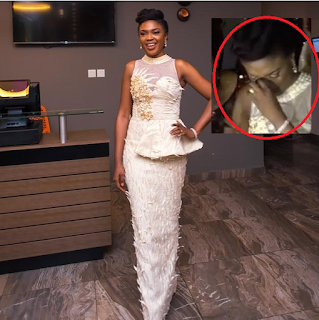 Justice Ibrahim Buba of a Federal High Court in Lagos has issued an
Anton Piller order, directing the seizure of a film titled “Okafor’s
Law” directed by Nollywood Producer, Omoni Oboli.
The court also issued an interim order, suspending the release and
launch of the film, in any movie theatre or cinema house onMarch 31,
pending the determination of a motion on notice before the court.

The judge ordered the seizure of all copies, materials, projections or infringing materials, relating to the subject matter.

The News Agency of Nigeria reports that the orders followed an ex parte
application filed by a company, Rancoteur Productions Ltd, on behalf of a
Canada based script writer, Jude Idada.
Idada lays claim to the film “Okafor’s Law” as his intellectual property.

The plaintiff had filed the suit through Anthony Idigbe, seeking an
order, halting the premiere and release of the said “Okafor’s Law”,
pending the determination of a copyright infringement suit filed against
Oboli.
Joined as first to third defendants in the suit are: Dioni Visions Entertainment, Omoni Oboli, and The Filmore Ltd.
The plaintiff, in its exparte application, had sought an order,
restraining the premiere or release of the said film, as well as an
anton piller order, seizing all copies of the infringing material.

The court thereafter, fixed March 29 for hearing of the motion on notice.
NAN reports that the movie “Okafor’s Law” is billed for release on March 31,

Jude Idada had accused Oboli of copyright infringement on the “Okafor’s
Law” movie, adding that she had stolen his story idea for the movie in
September 2016.
He alleged that Oboli took the work he had done regarding “Okafor’s Law”, and developed it without giving him due credit.

He avers that the producer, however, went ahead to set March 31, as a
release date for the movie, in spite of a demand letter sent to her, as
well as a copyright infringement suit instituted.

Mikel Obi, His Fiancée and Their Twin Move To China