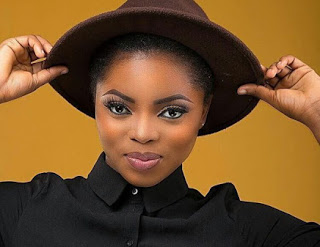 Jenifa’s Diary actress, Juliana Olayode a.k.a Toyo Baby in a new interview has spoken that people should avoid having sex until they are married.
In her conversation with Punch, she speaks about her relationship status and virginity. Toyo-baby said:

I am a strong advocate for sexual purity and it goes beyond the screen for me. That is who I am and I’m not doing it for any other reason than that. Years before I began acting, God told me that He would open doors for me and that wherever I go, I should always talk about Him and sexual purity.

I belong to Mine Ministry which advocates sexual purity and we have our World Virginity Day on the second Saturday in June every year.

Virginity Day isn’t only for virgins but for all who stand for sexual purity and know that virginity isn’t a thing of the past. There are lots of immoral things on social media which attract a lot of traffic but it’s sad that when you talk about something like sexual purity, people look at you like you’re doing something weird.

I must confess that it has not been easy for me. But irrespective of what goes on around me and in the movie industry, I have resolved to stand tall and stay true to my values.

A lot of people might think that I’m saying I’m sexually pure because I wasn’t in a relationship but there are some people that could come up to you and say they don’t want to have a relationship with you, that all they want is sex.

There will always be pressure and it’s not an easy process but it’s good to stick to one’s values. Sometimes, one may even be tempted to give it all up but I believe that people shouldn’t have sex until they’re married.

I don’t need to talk about the kind of man I like because I already have a man I love.

#BBNaija: Bally evicted from the house