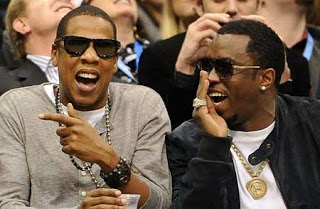 Have you ever wondered whom amidst the World’s hip-hop artists would be on top in terms of monetary aspect?

This is that moment to stop wondering and keep reading because you will know in few seconds. Check them out below…

Aubrey Drake Graham is Canadian rapper, singer, songwriter, record producer, and actor – the only non-American on the list of richest Hip-Hop artists. Drake is the youngest on this list. At just 30 years old, the young rapper is swimming in millions. His 2016 Views reportedly became the first album to top 1 billion spins on Apple Music which helped fuel a tour that took Drake from Atlanta to Amsterdam, worth $1million per night.
Plus his deals with Apple, Nike and Sprite.

Officially Andre Romelle Young closes in a Jay Z and Diddy on the list of the richest Hip-Hop artists. The 52-year old American rapper, record producer, and entrepreneur is the founder and current CEO of Aftermath Entertainment and Beats Electronics – one which garnered him $3 billion when Apple bought the company in 2014. Dre’s cut in the deal reportedly gave him the largest single-year payday ever recorded by a living musician.

Officially known as Shawn Corey Carter, Jay Z leapfrogged Dre and almost caught up with Diddy in the race for the first billionaire artist.
The American rapper and businessman is known as one of the best-selling musicians of all time. He has sold more than 100 million records, while receiving 21 Grammy Awards for his music.
One of Jay Z’s $200 million investment in music streaming service Tidal has reportedly valued the platform at $600 million. Continued growth of his Roc Nation entertainment company and Champagne brand might get him on the top list.

The  American rapper, singer, songwriter, actor, record producer and business tycoon is heading the title as the No.1 on the list richest Hip-Hop artists. Just $180 million away from first billionaire rapper. Diddy is said to be closing in on a ten-digit wealth on account of his lucrative deal with Diageo’s Ciroc. As well as stakes in TV network Revolt, alkaline water brand Hydrate and tequila Deleon.
Born in Harlem and was raised in Mount Vernon, New York, Diddy’s interests extends beyond the entertainment industry, enterprenure is his other name – fashion, drinks, cosmetics etc, Puff Daddy has explored all corners of potential money breeders.
However, fame always comes with a few hitch. The 47-year old is currently under a lawsuit by his ex-personal chef, Cindy Rueda, who says she worked long hours without extra pay and was made uneasy by serving meals after sex parties. The case was reportedly filed in a Los Angeles court on Monday. Diddy’s lawyer has dismissed the accusations as a frivolous complaint of a ” “disgruntled ex-employee who was fired for cause.”

Sofo Villa Celebrates One Of It’s Own @Adepoju Tosin