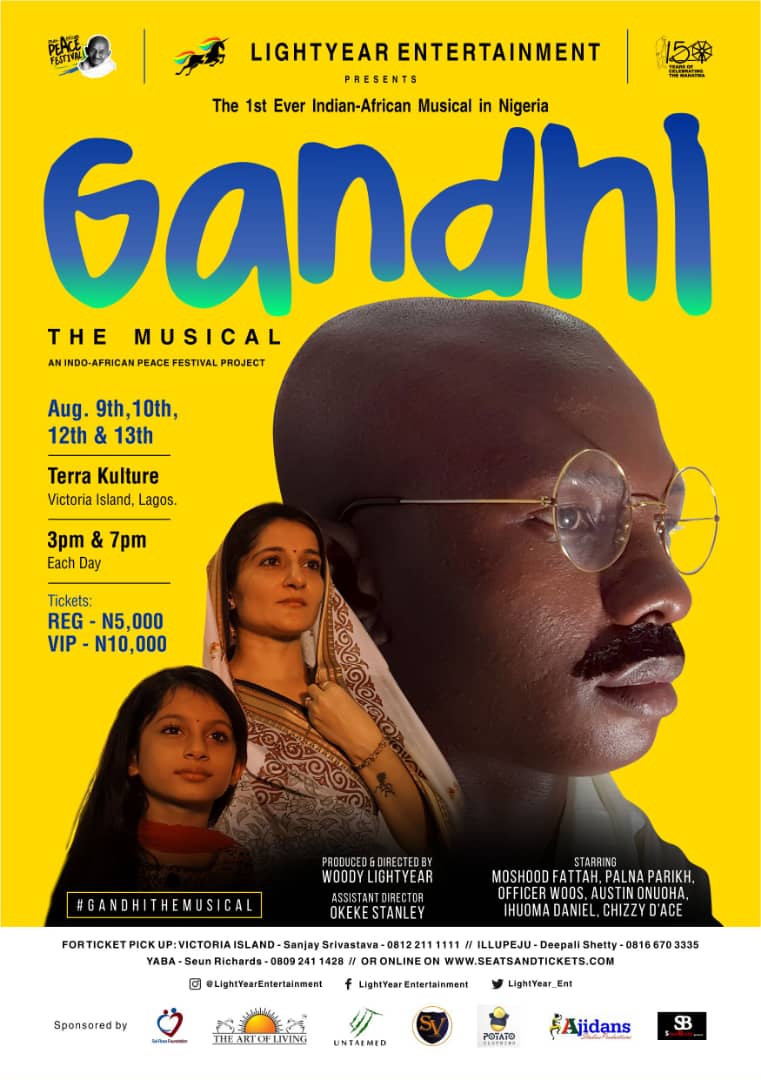 The 1st Ever Indian-African Musical in Nigeria is upon us. Let’s celebrate Mahatma Gandhi, one little man who won against the greatest empire the world has ever seen, and influenced the greatest world leaders and revolutionaries of the 20th & 21st century like BARACK OBAMA, NELSON MANDELA, MARTIN LUTHER KING JR, ALBERT EINSTEIN, STEVE JOBS, GEORGE BERNARD SHAW.

“Generations to come will scarce believe that such a one as this ever in flesh and blood walked upon this earth” – Albert Einstein.

8 shows, 4 days. Indian and Nigerian performers would perform on one stage. It’s going to be a memorable experience. Do not miss out on this. Beat the rush and limit. Get your tickets now to join us at this 150th Anniversary celebration of one of the greatest men in world history.

Get ticket online via – www.seatsandtickets.com

Related Topics:Mahatma Gandhi
Up Next

“Lion King” Makes One Billion Dollars In Less Than 3 Weeks