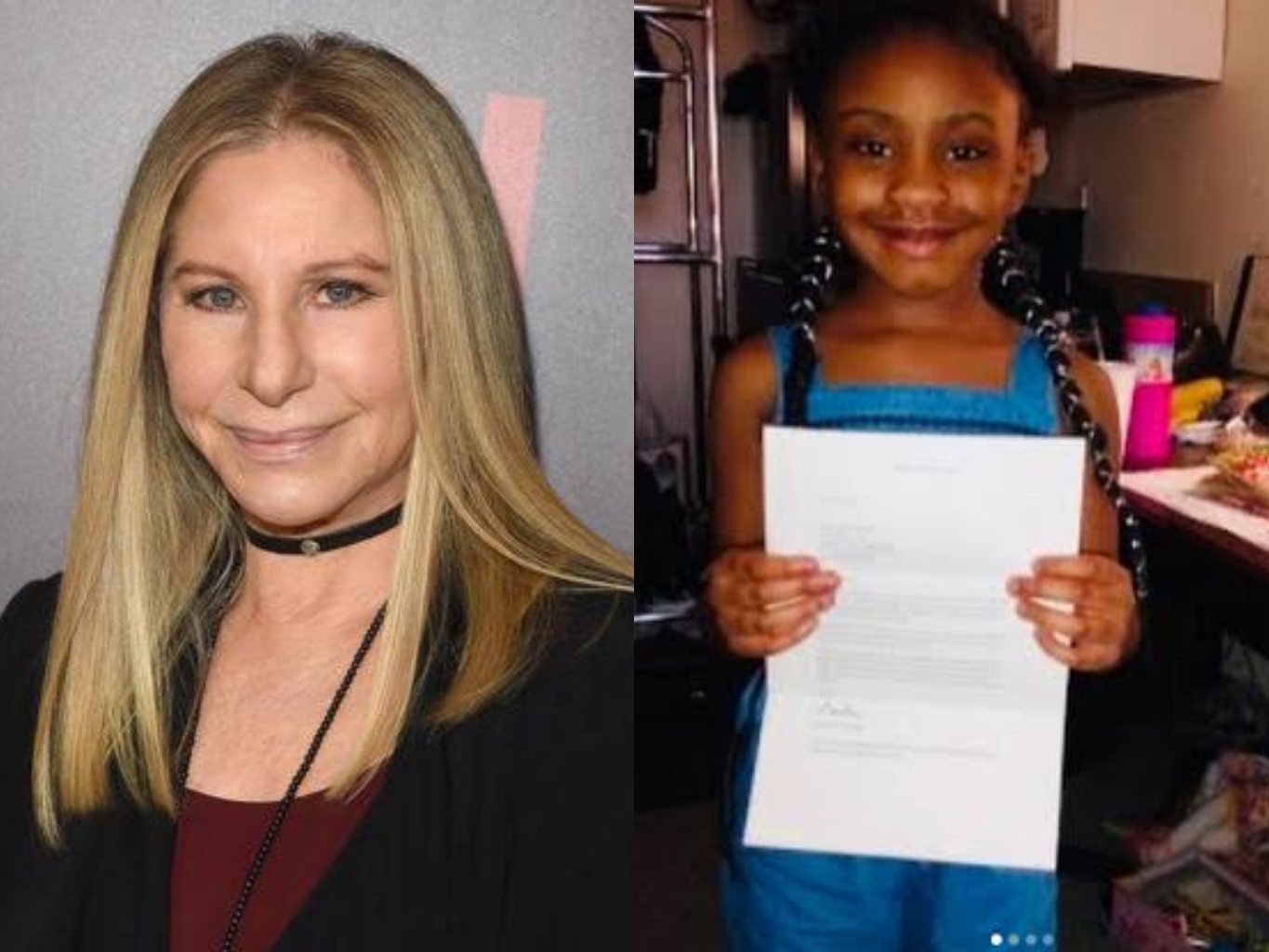 She got this with the help of 10-time Grammy winner, Barbra Streisand, who gifted her the stock.

Gianna posted a photo on her Instagram account holding her Disney shares certificate and thanked the star for it. She wrote:

“Thank you Barbra Streisand for my package, I am now a Disney Stockholder thanks to you.”

The award-winning singer also gave Gianna two copies of her studio albums “My Name Is Barbra” and “Color Me Barba” from 1965 and 1966, respectively.

Although it remains unclear how many shares Gianna was gifted, Disney shares go for about $115. This show of kindness is amidst several outpouring of love and support for Gianna and the rest of George’s family since his death.

Texas Southern University had recently announced it would give a full scholarship to Gianna Floyd when she’s ready for college.

On the day George Floyd was laid to rest the university said on its Facebook page:

“The Board of Regents of Texas Southern University (TSU) honors the memory of George Floyd on the day that he is laid to eternal rest. Mr. Floyd was a lifelong citizen of the Third Ward and a revered graduate of Jack Yates High School.

“The Board, in conjunction with the TSU Foundation Board, has approved a fund to provide a full scholarship for Floyd’s beloved daughter, Gianna. TSU’s executive and academic staff will prepare a place for Miss Floyd if she wishes to attend the University.”

Wow! You Really Want To See This Beautiful Cover Of “Nobody” By Cobhams Asuquo (Video)

“I Stand With Hushpuppi” – Bobrisky Finally Reacts To Hushpuppi’s Arrest