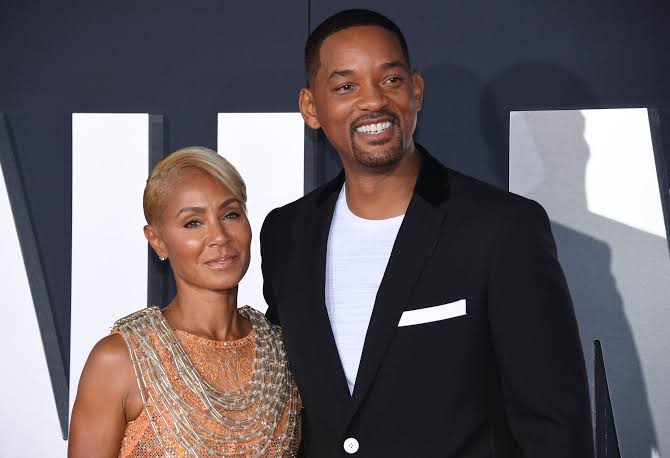 Long term wife to Hollywood’s Will Smith, Jada Pinkett Smith has revealed she had a relationship with another man during her marriage to Will Smith.

She had a really insightful conversation with her husband on her Facebook show Red Table Talk.

Pinkett Smith revealed she had an affair with singer and songwriterx August Alsina, a relationship that happened during the time of their separation.

“From there, as time went on, I got into a different kind of entanglement with August.”

The 48-year-old actress also said she wanted to clear up reports that her husband, Will Smith, who is 51 now, had given her permission to stray.

In a radio interview with The Breakfast Club, August Alsina had confirmed that he and Pinkett Smith dated during the marriage and said it was with the permission and blessing of her husband, Smith.

This statement led to speculation that the couple were in an open marriage.

“The only person who can give permission in that particular circumstance is myself”.

She mentioned that she understood August for perceiving it as permission because she and her husband were separated amicably.

“I think he also wanted to make it clear that he’s not a homewrecker, which he’s not,” she added.

According to her, she pursued the relationship around four years ago in a bid to feel good but said that she and Alsina are no longer in contact. She said she did not look at her time with the singer as a “transgression”.

Smith and Pinkett Smith married in 1997, after meeting on the set of 1990s sitcom The Fresh Prince Of Bel-Air.

The couple have two children together – son Jaden, 22, and daughter Willow, 20 – both of whom work in the entertainment industry.

The couple are now reconciled, with Pinkett Smith describing their union as “unconditional love”.

They concluded the interview with a fist-bump, joking around with a catchphrase from Smith’s Bad Boys franchise: “We ride together, we die together. Bad marriage for life!