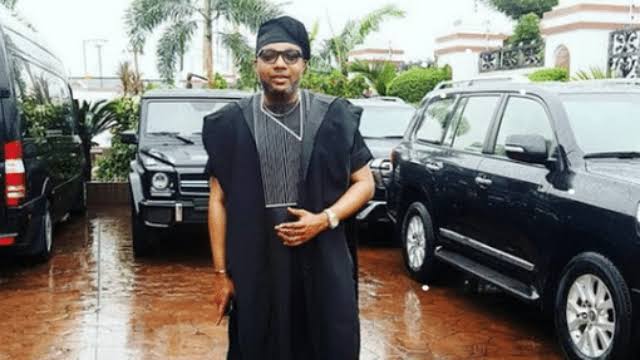 Brother to singer, Kcee, known by everyone as E-Money, was taken yesterday into police custody where he got questioned over his extravagant lifestyle.

A top source stated he was granted bail which somebody took responsibility for. However, he would be expected back for more questioning. This is to further get more soothing information to aid the smooth flow of the investigation.

As reports have it yesterday, the probe into the lifestyle of the money bag was ordered by the Inspector General of Police, Adamu Muhammed.

The probe looks deeply into his use of policemen associated with him as domestic staff.

A senior police officer mentioned that the order to investigate E-Money came from the Police Force headquarters. He aslo expressed his shock at how policemen were involved in this case and not MOPOL as usual. The policemen involved were also discovered to be attached to B Operations at the command headquarters.

Dj Cuppy Promises To Help Upcoming Acts With Her Platform