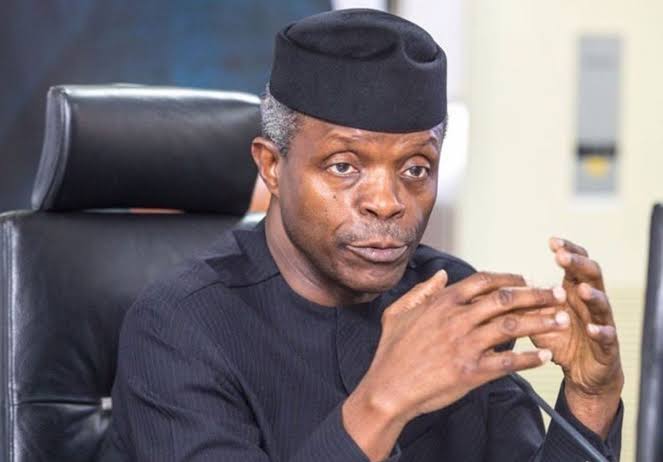 Attention of the Office of the Vice President has been drawn to a series of tweets and online publications in respect to Ibrahim Magu’s case linking to Vice president, Yemi Osinbajo.

Rumour had gone round, as a result of a report which surfaced online, that the embattled former Chairman of Economic and Financial Crimes Commission, EFCC, allegedly embezzled over N39 billion and gave Vice President Yemi Osinabjo (sic) N4 billion, after the VP gave instructions to him to release some of the recovered loots.

However, the Yemi Osinbajo has reacted through the Senior Special Assistant to the President on Media and Publicity, Office of the Vice President, Laolu Akande, on Wednesday, describing the report that Osinbajo had collected N4 billion from Ibrahim Magu, as fake news.

Reports had also claimed that Osinbajo also allegedly gave instructions to Magu to release some of the recovered loots.

Reacting to this, Laolu said that Osinbajo has never been involved in such shady activities.

“Inundated by wide circulation of Fake News about VP’s purported involvement in some EFCC recovery billions, please be rest assured they’re all LIES calculated to confuse and concocted to smear Prof. Osinbajo’s image”

“The VP hasn’t and will never be involved in any such shady activities.”

“Hushpuppi Is Not Guilty Of Fraud, He Runs Legal Businesses” – Lawyer Claims